A Look at Enova in the News - Enova International, Inc.

A Look at Enova in the News 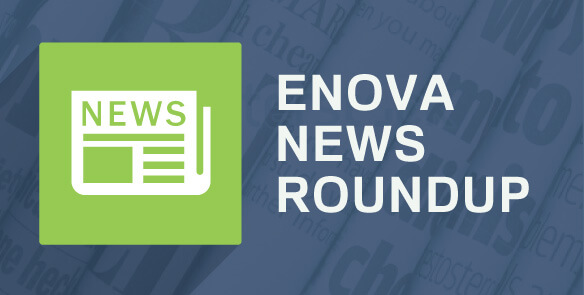 As Enova continues to grow, we find ourselves being featured in the news more often. Here’s a roundup of the latest Enova mentions.

Enova Goes Public: How an ‘Under-the-Radar’ Company Became Chicago’s Latest Tech Success
Another review of Enova’s public status, this article from ChicagoInno features CEO David Fisher in a discussion of the unique ways that Chicago companies have an advantage, and the recent tech growth in the Chicago area.

To Get Engineers, Companies Offer Advancement, Culture and, Yes, Cash
A piece from the Chicago Tribune exploring the ways that various Chicago tech companies are luring talent from the West Coast. Enova’s Sarah Doll discusses the ways that the Enova interview process illuminates not only the expectations we have of our talent, but the caliber of talent we hire.

Cash America’s Enova Spinoff Is Another Way to Play Online Lending
The third feature on Enova’s spinoff comes from The Street, and digs into the details of Enova’s new status as a public company. Specifically, the article outlines the reasons that Enova can expect to be successful on the public market.