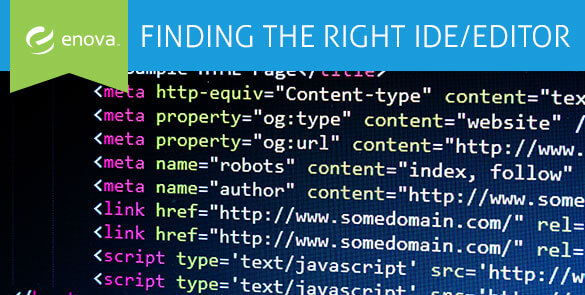 When it comes to the arsenal a coder has for developing software, editors tend to take center stage. Therefore, it’s not unusual to see a coder getting all worked up over “which editor is better,” or bristling when they’re forced to use a different one.

Superficially it seems a bit silly to get agitated about an editor — after all, for some coders, choosing an editor isn’t really an option, especially when it’s an integral part of the official IDE/SDK (e.g., most of Microsoft’s visual languages).

However, most programming languages aren’t tightly coupled to any specific editor/IDE, and so the editor market has subsequently exploded, giving coders a slew of editors to choose from.

Take a look at this white paper, focused on a few of the key features that coders have come to expect from a modern code editor.