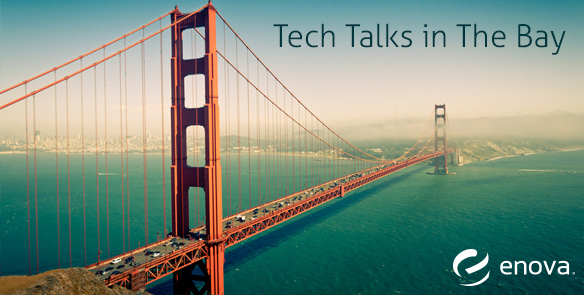 The Signal Conference took place on May 19th and 20th in San Francisco! It featured a variety of (mostly) technical sessions on service-oriented applications such as WebRTC, Open Source Software, and the method of communications between modules of software through Application Program Interfaces (APIs).

The conference had a focus on APIs and technologies such as WebRTC that allow developers to create applications that incorporate video and voice. Jeff Lawson gave a talk during the keynote where he declared, “history belongs to the builders.” He noted the importance of humans creating and building useful things like software. He also noted how important Open Source Software is because they allow other developers to build on top of it!

The importance of Open Source Software was repeatedly demonstrated in many of the sessions. Mike McGarr demonstrated how Netflix’s software had been open sourced to deploy applications to AWS. Netflix’s open sourcing of their deployment software means that other developers can begin using its deployment tools in their own toolchain.

There were various sessions that I enjoyed — however, I found the “High-Performance Messaging With Golang & Redis” by Chris Goddard to be the most interesting. The session provided a technical overview on how a modern messaging service is built and how it implements features like syncing messages between all of a user’s devices and shows an indicator of when another person is responding. It provided an inside look to a technology that many of us use on a daily basis but don’t consider how it came into fruition.

The conference ended with a panel discussion with Harper Reed, Eric Ries, Jessica McKellar and Justin Kan. They discussed the culture found in the tech industry, the need for greater empathy in our workplace, the desire for greater digital literacy in our schools and a way to foster communication between the business and tech in many organizations.

One of the more important points was how to include everyone into the tech field because not everyone has computer knowledge or the necessary skills to start out as a Junior Dev. The panelists all declared that it was up to companies and other organizations to find a way to include people who were excellent candidates but did not have the necessary tech skills at the time of hire.

I feel that Enova’s new apprenticeship program is a great solution to this issue. Enova has already promoted two of its apprentices to become full time developers and I think it’s a program worth sharing with other companies so that we could include all interested in the tech industry.

❮ Another Successful Bowl for Kids’ Sake
Ringing of the Bell Contest ❯