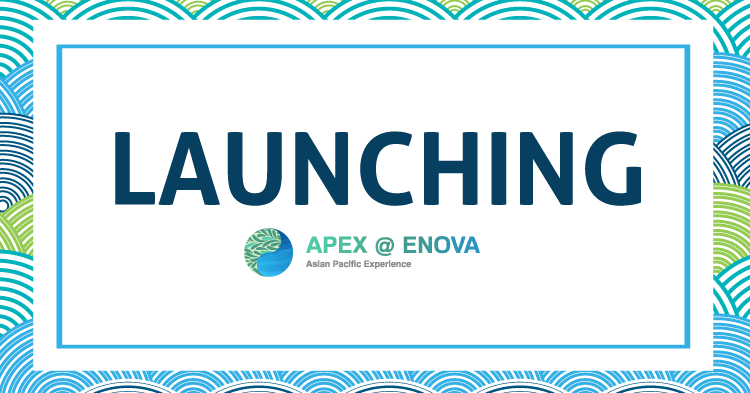 The task of diversity, equity, and inclusion, not only in our workplace but in our world at large, is not an easy one. I feel that it’s natural for us to gravitate towards people that have similar interests, backgrounds, thoughts, ideas, and attitudes — I know I do. It’s how we make friends, find partners, and build community. It suggests a likeness, and at its extreme, a uniformity. How, then, do we create diversity?

I’ve been thinking a lot about this, and there are countless thoughts and ideas out there. With what feels like rising racial tensions, divisions in our political and cultural identities, and social unrest across the country, the last year has been winding me up with a lot of restless energy. When my friend and colleague, Hao, invited me to the Asian-Pacific group forming at Enova, it felt like the perfect place to put that energy.

This group was building what would later become the Asian and Pacific-Island Experience, or APEX @ Enova, which was a diverse group of people. Hao is from Wuxi, China, and I’m a Filipino American, my parents hailing from Luzon. We had members from Guam, Vietnam, Singapore, and other countries in the region known as Southeast Asian and Pacific Islands, and we were facing an odd problem with our diversity. Despite our diverse backgrounds, we were all seen as Asian.

It was all over the news, a rise in hate crimes against Asians was making headlines as racist rhetoric about the “Wuhan Flu” was circulating among extremist websites and circles. Friends in San Francisco reported being attacked for “looking Chinese,” and family members felt nervous going outside due to the increase in violence. Bills were passed to acknowledge and address this violence, but it seemed just another instance of the rising violence among black and brown communities. We began asking ourselves, “Why is this happening?”

Racism is a simplification. It ignores the complex reality of an individual and reduces them to the way they look, ascribing to them the simplified projections of a person’s limited ideas of what race has meant to them. Meeting violence with violence or arguments with arguments only seems to entrench people into their beliefs further, and instead of fighting those beliefs, it only intensifies them. There’s a rising sense of hopelessness when we ask, “If combating racism only makes things worse, what can we do?”.

As the APEX group began talking, we tried to describe what was different about each culture. While there were lots of differences, there were a lot of similarities as well. We talked about food, festivals, travel, and exploration. As we discussed the richness of our cultures, I discovered many preconceived notions of my own. I brought this discussion to my other friend groups, and we shared stories of growing up white in the Midwest, Black in New York and Filipino in Florida. We all had comfort foods, rituals and celebrations.

Perhaps the answer isn’t to meet argument with argument. Instead an answer to “how do we create diversity?” is the same answer to “What does it mean to be ‘Asian’?”

We recognize our similarities as a people, share the rich heritage that makes us who we are, and celebrate those various and wonderful differences regardless of where we’re from.

❮ Inside Enova: The Recruiting Team
Get to Know Enova’s 2021 Summer Interns ❯