My Summer at Enova 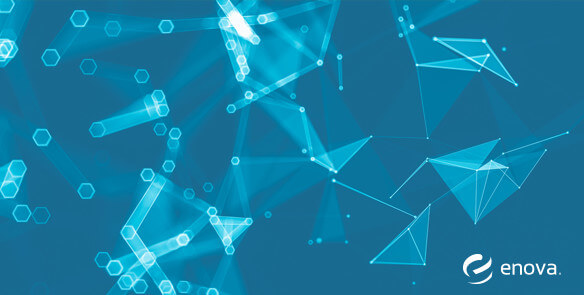 My internship at Enova was a truly rewarding experience. I was a little late in joining the company: my school’s final exams occurred after most other college students had already had a few weeks to decompress post-term, and I ended up being the last intern to join the team. I was one of three interns to work on what was essentially a feature addition for one of Enova’s largest products, CashNetUSA.

I was introduced to the project about a week into my internship, in a meeting with all of the project’s stakeholders, several developers, and the two other interns in the group. They gave us an in-depth description of the task at hand.  They all seemed extremely eager to have me on board. I had plenty of questions, and each was met with much more information than I knew to directly ask. After less than a week, I already felt like a member of a team.

We started to work on our project almost immediately after; and, as we worked, we started to realize that nearly all of what we did had a direct impact on our users’ experience. If we weren’t modifying the front-end directly, we were working on the requisite foundations—database tables and internal server logic. We moved through a miscellany of tasks, each which brought us exposure to a different end of the company’s codebase, and each of which could be directly felt by the users of our application.

Throughout the internship, we were given an amazing amount of exposure not only to the software but also to the business implications of our work. We had discourses with people in the company’s leadership, and helped generate statistics regarding our project’s impact on Enova as a whole. Finally, at the end of our ten weeks, we gave a business presentation to introduce our project to the rest of our coworkers.

Over the summer, we had succeeded in bringing a substantial software product almost entirely through its lifecycle: from its planning, inception and design, through its development, and to the beginning of its testing. At the end of this all, we had presented our project to a number of its stakeholders, had received their feedback, and had begun preparation toward its next steps.

My summer at Enova was complete, and, at the end of it, I had helped it through a feature release. I helped to develop a product which affects the lives of millions of people yearly, and am thankful for having had the opportunity to understand Enova’s role in the market. I am glad to have made the friendships I did over the summer. I had the chance to experience Enova’s wonderful work culture, and to work with people who I will never forget.