Building a Training Program from Scratch 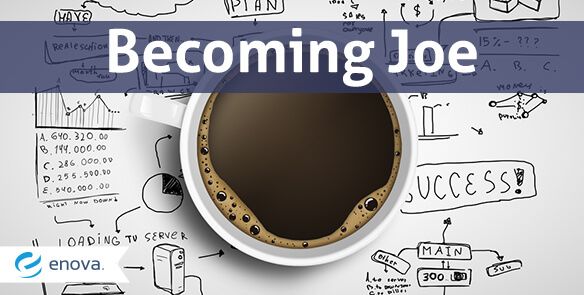 When I started at Enova, our training program was nonexistent. A perpetually outdated, poorly organized set of Wiki pages struggling to document the earliest struggles of our newest hires. We were a startup that had experienced astronomical growth, and while we knew well enough how to hire smart and talented people, we hadn’t yet taken the next step toward cultivating a lasting and distinct cultural identity. In fact, long after we had internalized the need for a training program we continued to follow a sink or swim, update-the-docs-as-you-go pattern, knowing that it was far from the ideal but unsure of how to design a better solution. Then Joe came along…

Joe Mastey — at the time managing a team of engineers working on production-bound projects like many of us — made the case that we needed to change our pattern. Joe convinced senior leadership in our department that instead of letting the learning happen as a side effect of the individual struggles, that we needed to make training a first-class priority. We needed someone to design, plan and execute a curriculum for incoming engineers with differing degrees of experience, and a litany of different tools and technologies, a daunting task that would require passion and perseverance. It seemed clear that someone who could make such a compelling case could be passionate about the work at hand, so we minted Joe Mastey as our new Manager of Internal Learning.

Months later, we could already see the positive effects it was having on our culture. New engineers were able to contribute meaningfully more quickly. We were less often inclined to take the shortcuts that previously allowed us to power projects through to production. Our designs were cleaner, our code was better architected, and our testing regimen was more rigorous without being overbearing or onerous.

But Joe is only one person. A person who likes to travel, and as luck would have it, a person who had planned a vacation that quite accidentally coincided with a month where we needed not only to maintain an ongoing program with around twenty current participants, but wherein twelve more employees would be starting.

Being the husband of an educator and an intentional lifelong learner myself, I had given Joe feedback, critiqued his ideas and occasionally offered my own. I like to think this is why Joe asked me to keep the lights on while he was out of the office, though part of me wonders if he was getting back at me for something, chuckling to himself as I said “yes” with only a little trepidation. I really only considered the extra work, and certainly didn’t expect the kind of magical experience this would kick off.

We discussed the transition and the tasks that Joe normally takes on, step by step. We enlisted a smallish group of “Bucketeers,” recent graduates of Joe’s program, now known as LevelUp, to help guide the new hires. Everyone was happy, even a little excited at our little experiment in education.

When Joe left, I experienced a few moments of terror, convinced I’d set myself up for spectacular failure. By this time LevelUp was well organized, formed into a series of exercises organized into units, and a Ruby on Rails application that would guide learners through them, tracking their progress and linking them to additional resources. That notwithstanding, I was becoming acutely aware of the sheer amount of work that would go into guiding these 30 or so engineers. Most days I felt like a teacher the day after essays were due. In fact, that first week I dashed off an email to Joe with the subject line: Sudden Panic. I will keep its contents confidential and my confidence intact, but suffice it to say that those words were a theme for the first week.

But oh, the fabulous Bucketeers.

Joe and I had outlined a workflow where the Bucketeers would review many of the exercises that involved writing code, and then I had only to review the reviews. We reasoned that this would be a good learning experience for both those in the program and those who had recently finished, serving to reinforce the engineering and programming concepts they’d worked through previously. It certainly had this effect, but what I didn’t expect was the pride the Bucketeers took in their contribution to the program and the resulting quality of the work being done. The Bucketeers showed a lot of enthusiasm and investment in making sure that the lessons were resonating with the folks going through the program. Many of them even followed up with me if they thought they could help by providing learners with additional one-on-one coaching. It took a few days, but I realized what I was seeing — a culture of learning evolving right in front of my eyes.

Without further narrative, let me just say that I survived, the new hires thrived, and the Bucketeers remain fabulous. I even earned a new title: “Joe Blake,” said something like “Justice Marshall” or “Madame Secretary” — a sort of charming canonization of “Joe” as the title for any Manager of Internal Learning. I think it has a nice ring to it.

I’ve read a number of articles about hiring and managing millennials, which most of our new hires are. I have come to believe that the key is pretty simple: Open your culture up, be inclusive, provide an opportunity to learn, and something a little fantastic happens.

For more information about our learning program, you can read a series of blog articles that Joe has written: Toward a Better Model of Learning and Teaching.

❮ How Facing Fear Makes Us Better
Getting to Know: Business Analytics ❯